How To Take Awesome Sparkler Photos

It’s that time of year here in the States where the fireworks are coming out.  Letting the kids in on the fun is a great tradition and sparklers make the greatest summer memories.  In this article you will learn how to take great sparkler photos to make those memories last a life time.

How to Capture a Moment in Time with Sparklers

To create photos that capture a moment in time with sparklers you are going to want to have a high shutter speed.  These photos are best done before the sun goes down so that you have enough light for such a high shutter speed.  I would recommend setting your shutter speed to at least 1/250 but 1/500 may be a better option.  I also recommend putting your camera in burst mode or high speed shooting mode and taking 3 or 4 images at a time.  This will allow you to choose the best sparkler flare from the available photos.

How to Capture Sparkler Light Trails

To capture sparkler light trails, the images that show shapes from sparklers, you will need a tripod or something sturdy to put your camera on.  The reason for this is because you are going to want a shutter speed of at most 1 second (1”), to allow time to create the shape and for the camera to collect the light.

Once you have your camera on a tripod or other steady surface you are going to want to choose your shutter speed.  Again 1 second is the minimum, but I generally suggest starting at 2 seconds.  From here you need to determine your aperture.  If it is still light out you will want to close down your aperture to compensate for the extra long shutter speed.  Closing down your aperture means choosing a higher f-stop say f7.0 or higher depending on how much light you are shooting in.  If it is completely dark you can lower your aperture to allow for a lower ISO.  Once you have chosen your shutter speed and aperture you will want to meter your shot and determine the proper ISO.  This all assumes you are shooting in manual mode.

If you want to make it really easy on yourself you can set your camera to shutter speed mode (S for Nikon or TV for Canon).  Set your ISO to auto, meter your shot and the camera will choose the right aperture and ISO for the shutter speed you have chosen.

You are now ready to take the shot.  Light the sparkler, put your kiddo in the right place, and have fun.  A couple tips.  Have your child stand still with the sparkler in one spot before you click the shutter and have them hold the sparkler in the ending spot of whatever shape they are making until the shutter closes.

The settings for both images where f9.0, SS of 2 seconds, ISO 100. The aperture was high because it is still daylight out.

This photo was taken later at night and the camera settings used where f2.8, SS of 5 seconds, and ISO 200. As you can see later at night you want to really lower your aperture to allow enough light in along with the longer shutter speed.

So there you have it.  Now get out there and take those photos!  If you have any questions about sparkler photos or capturing light trails in general don’t hesitate to ask! 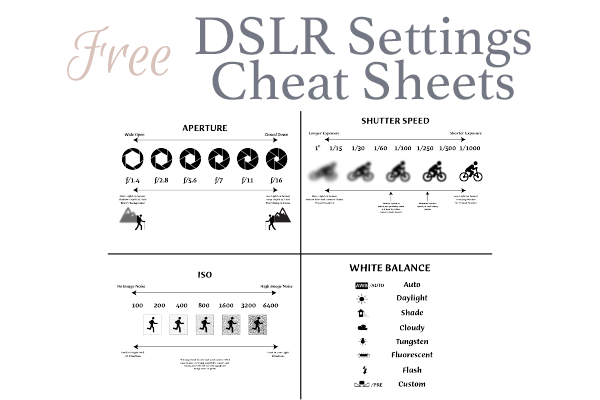